From Corporal Jones’ immortal catchphrase in Dad’s Army to being written on the front of the Hitchhiker’s Guide to the Galaxy, it’s funny how often that instruction ‘Don’t panic’ reoccurs in books and films. A simple phrase, yet one which is almost as meaningless as it is helpful. The same potential for panic to occur implies that there is a challenge which needs to be faced. Whilst stopping panicking, or avoiding panicking in the first place, is fine, the real question is, what next?

Pastor and author Charles R Swindoll commented that “Life is ten per cent what happens to me and ninety per cent of how I react to it.” And, as leaders, how you react, not only impacts how you lead but also the ongoing health and stability of your organisation, its people, customers and the wider community. And as leaders, it’s your job to control any initial, reactive impulses, and look towards practical strategies to overcome challenges and deliver results.

The first challenge you may want to overcome on your journey towards delivering differentiation is the perception that we live in a VUCA world. As the original definition suggests, A VUCA world is one that is Volatile, Uncertain, Complex and Ambiguous. It’s an acronym used more and more in business circles. But, it’s one which in my view brings dangerously negative connotations to leadership approaches.

With military origins at the end of the cold war, VUCA might be a quasi-realistic description of being ‘in-theatre’, but it certainly isn’t one which should have jumped the gap into business circles. Not that I’m suggesting leaders should go around thinking everything is rosy, to deny realistic challenges is every bit as dangerous as adopting negative thinking. However, starting with volatility or uncertainty as a state of mind places organisations on the back foot, as it means overcoming the temptation to panic, overreact or even retreat, before starting to move forward.

It’s a challenge which I particularly face when working with leaders across the globe whose strategic imperative is to build a culture of innovation in their organisations. When you start with a mindset influenced by uncertainty and complexity, it can be hard to envisage the positive attitude and behaviours required to drive transformation and build an innovation system. Perhaps that’s why 72% of organisations believe there is limited visibility for innovation outcomes. [1]

So, I propose it’s time we flipped VUCA on its head. That we ditch the negative and welcome in a new perspective on the VUCA world, one which is Visionary, Unbounded, Creative, and Authentic. A world which enables leaders and organisations to move forward on better foundations, driven by a growth mindset and a view that by design, tomorrow will be better than today.

Let’s be visionary: Yes, acknowledging and understanding where we are presently, but using that as a springboard for a future innovation-led vision. Visionary leadership is about passion and purpose and building a picture of a much bolder and ambitious future state.

Let’s be unbounded: Sidelining any notion of being panicked into constraints by what we perceive as the status-quo, instead, projecting a purpose-driven ambition helping people believe that they can contribute to the delivery of the vision.

Let’s be authentic: Bringing an honest and positive leadership approach which is genuine, believable and enables people to trust in the vision, strategy and journey. But most of all, allowing people to trust leaders!

Why is all of this important? After all, it’s not as if innovation isn’t widely recognised as a force for change. I could quote statistic after statistic from dozens of recent reports; all of which show leaders and senior executives accepting that an innovation reset is imperative for business viability, let alone future profitability. And yet, I could also quote you multiple reports such as KPMG’s 2020 benchmarking innovation report [2] which cite innovation barriers such as internal politics, culture, lack of strategy and vision. Obstacles like these arise when people are reacting to what they see as adverse circumstances rather than following a bold vision.

And the trouble is that when leaders are reacting negatively, some might say panicking, in the face of what they see as a hostile environment, that atmosphere spreads across the organisation. However, via the right two-way flow, game-changing results can be enabled and delivered. Organisational leaders own the innovation agenda, providing the vision and creating the conditions in which others can thrive. Managers act as the engine room, driving day-to-day innovation-focused activity. Promoting the vision across the organisation, thereby making the conditions in which everyone is enabled and inspired to contribute to the best of their abilities.

So the message from the top must be positive and proactive. Anything else and the engine room gums up, leaving people afraid to act. How do leaders open up to potential? Well, I sometimes suggest that they work towards being a little more Martin Luther King and a little more like Einstein. The combination of which helps open minds to a deeper connection of purpose and creativity and to the importance of bringing others with them on the journey.

Perhaps it’s worth commenting here that the outcome of that change in attitude and culture won’t merely be confined to innovation. Going back to the Martin Luther King reference, Accenture research [3] has shown that in the most equal and diverse cultures, an innovation mindset is eleven times greater than in the least equal and diverse cultures. Moreover, the impact of improving an innovation-focused perspective across an organisations culture is forty-two times the impact of increasing salaries. So equality, innovation and outcomes are interrelated with potential effects extending far beyond the immediate organisation.

I’m not going to take the Martin Luther King reference further by telling you that I have a dream. But, I do have a deep belief in the potential of organisations being switched on by a change in leadership approach. It’s not just about not panicking, nor is it about being constrained by negative perceptions. It’s about embracing a positive vision which enables creativity and unlocks opportunities. Survive in a volatile VUCA world or thrive in a visionary one: you decide!

Leadership development is broken - so, how do we fix it? 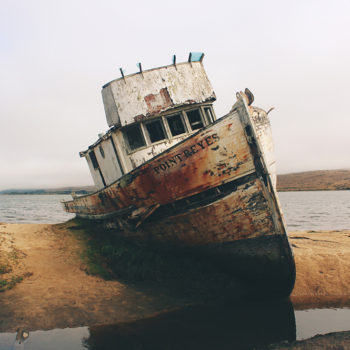 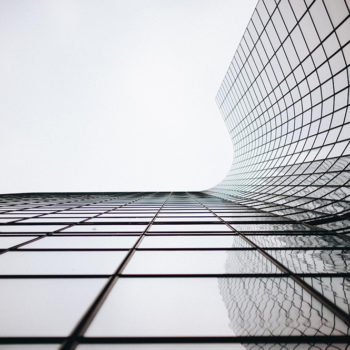