Most established organizations tend to be a bit more prudent when it comes to new technologies and integrating them in their strategic options, however totally ignoring these is not an option either. Technology developments influence our lives. They bring about disruption by enabling business models that weren’t previously possible. Business models which squeeze out the inefficiencies and those profiteering from lack of transparency, pushing the industry forward and offering more convenient options for the end consumer.

Take for example the case of instant messaging apps like WhatsApp, WeChat or Telegram. Once the technology was available, the enabled business model (free messaging) totally ravaged the Telcos’ SMS business model. And with new technologies such as cloud computing, blockchain, quantum computing and 5G only to mention a few, corporate leaders have their work cut out for them when it comes to futureproofing their companies.

No leader can afford to ignore technological breakthroughs and trends, and they need to make them an integral part of their strategy. However in most cases there’s a disconnect between the speed of technological advancement and the ability of companies to strategically benefit from them – most being faced with shrinking market share or even full fledged disruption. But this doesn’t need to be the norm and leading companies from across the globe have proven that doing strategy ahead of the technological curve presents some clear benefits.

To understand the relationship between a company’s strategy and the technological development that prompted the company to create a strategy, we first need to look a bit closer at how technologies come to life and start becoming economically viable.

Learn more about why we think the traditional way of developing and deploying strategy is flawed. And how we help fix it.

Now that we clarified this let’s turn our attention to strategy. And more specifically how are strategies formulated relative to the development curve of technologies.

The issues in the relationship the strategy has with the technology starts when we put the two curves on top of each other. Doing so we see there’s a discrepancy between when a certain technology peeks and when a typical strategy peeks. This is primarily due to the way strategies are being formulated and deployed. Long strategy development cycles cumulated with the wrong mindset lead most large organizations to have strategies behind the technological curve.

To understand the concept of creating a strategy ahead of the technology curve and the benefits it brings, you don’t need to look further than the automotive industry. Under an increasing threat of disruption brought about my new competitors and changing consumption preferences some leaders realize that it’s time to act. The most progressive ones consider that the age of car-as-a-service is just a few years away. However for car-as-a-service to work the self-driving technology and infrastructure need to be in place first, offering automotive leaders two options: wait and see what happens or start creating their company’s new strategy before the technological wave hits.

Companies like Jaguar Land Rover, Volvo and Mazda have already started piloting car-as-a-service programs for many years now. And they have been followed more recently by the likes of BMW and Porsche, proving that the upcoming change wave is truly brand and geography agnostic.

You’re right thinking that self-driving technology will make this disruptive business model come to age and become really convenient. Imagine that you wake up in the morning and want to head to the office. As you get ready you press a button on your smartphone and a car drives itself from the chagrin station to your doorstep. Drive or be driven to the office. Once there press a button and the car goes to either a nearby charging station or another subscriber in the area in need for a ride.

But, doing live experiments with existing technologies on crucial elements of the business model, such as customer behaviour for example, the aforementioned companies can start putting together strategies ahead of the technology curve. This will confer them the ability to understand the driving forces of the new business models, influence technology development and in some cases have first mover advantage in their segment.

So how should you start creating strategies ahead of the technology curve?

We are not going to look into how a strategy is being developed as this was covered extensively in previous posts. But we are going to look at some basic principles that are required to create strategy ahead of the technological curve.

The evolution of technologies and the change of trends are only two of the most important constant of modern business. Their impact on strategy is clear. And in most cases it’s not what leaders think but how they think that can make the critical difference between being shaken by the wave of change or riding it to its full potential. 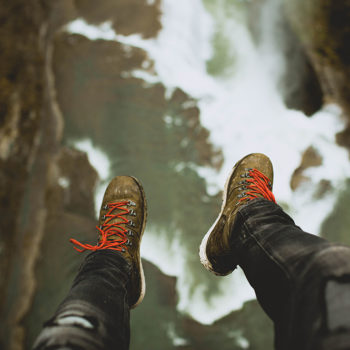 If innovation was human... 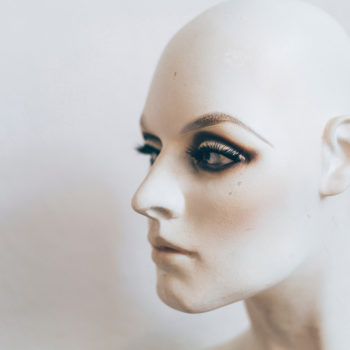