So, you think you’ve got a dynamic organisation which is actively delivering change? Congratulations, that means you sit firmly with the other 84.9% of executives who recognise that innovation is very important in delivering strong outcomes [1] and you’re certainly not one of the 72% of executives who admit that they are not out-innovating their competitors. [2]

Hang on a minute; those statistics don’t quite line up. Or if they do then there are an awful lot of executives out there who aren’t getting on with turning the recognition of innovation as a game-changer into clear day-to-day actions. Perhaps it’s because research shows that 78% are focusing their innovation efforts on incremental change or that 71% measure outcomes quantitatively using short-term metrics, thereby never quite getting to realise the long-term potential which their organisation is capable of delivering. [1] Whatever the reason, when 57% admit it takes nine months or more to deliver change [3] then dynamism is not the word we can apply to the majority of organisations.

So, it’s time to get dynamic. And let’s get one thing clear at the start. Being dynamic does not mean going off and doing lots of stuff for the sake of it. Winston Churchill may have once said of the Americans that you can always count on them to do the right thing after they have tried everything else; (Apologies to my American friends for the use of Winston’s quote!) but his words may equally apply to any one of a number of organisations that see innovation as an unstructured free for all. The result: huge costs, internal and external strife, and the occasional positive result which almost arrives by accident and therefore can’t be repeated i.e. isn’t a capability!

Does creating a dynamic organisation matter? After all, what’s wrong with incremental change, or with delivering virtually unchanging products and services to our customers? The challenge is that in yesterday’s operating environment, corporate longevity was almost measured in centuries, certainly decades. But, at the current churn rate, half of S&P 500 companies will be replaced within the next ten years. As a CEO or leader, do you really want to be in charge of an organisation which had so much potential and let it all slip away?

With that in mind, let’s take a first look at how dynamic organisations can deliver innovation as an outcome. And we’ll start with three definitions of dynamic taken from an online search:

Whilst the common perception of dynamic relates to something which is always moving, always changing, what these definitions highlight is the important part played by the forces which act to deliver that change. In dynamic organisations this is generally as a result of a fusion of strategy, leadership and culture.

As an aside this idea of continual change ties in with the concept of process philosophy. The father of this way of viewing the world is widely acknowledged to be the Ancient Greek philosopher Heraclitus. His observation that the river is not an object, but a continuing flow leads to the understanding that everything is a matter of process, of activity, and of change. In other words, the natural state of being is actually, dynamic.

Further developed in the late 1800s, process philosophers agree ‘that the world is an assembly of physical, organic, social, and cognitive processes that interact at and across levels of a dynamic organisation.’ [4] So process philosophy is very much concerned with the language of development and change, of continuous interactions and of the realisation of values in action. So, it’s easy to see how these concepts translate into an organisational setting. In truth, no matter how inert its leaders, no organisation is truly static. Customers come and go; suppliers change prices or specifications and employees arrive or depart whilst building their skills and knowledge sets. In addition, the world outside the organisation moves on with legislation, social influences, external research and the actions of competitor organisations all playing their part and so on.

As a result, in order for organisations to truly remain relevant in a changing world, they have to not only react to change but actively seek to deliver change, to be dynamic, to be the force that modifies the world. That starts with leadership as a force for change but in order to be effective has to both draw in and set in motion other areas including, as mentioned above, strategy and culture.

Now it’s one thing to have all of these as subsets of an overall plan; but if you treat them as separate entities it is little wonder that delivery is less than cohesive. In an interview which is well worth listening to [5], people and culture leader Margo Downs commented that whatever you put into your brand strategy you should put into your culture. This applies across the board. Your strategy is there to deliver the vision and there is no way that a pixelated strategy will result in a clear vision. And while we’re talking vision, let’s just ask whether your current vision is designed to deliver tomorrow’s outcomes or whether it is simply a regurgitation of yesterday’s ideas. Or as Bradley Staats commented in an interesting piece on becoming a dynamic leader [6] “we solve yesterday’s problems too late, instead of tackling tomorrow’s problems.”

If you’ve read some of my other articles, you’ll know that I have long highlighted the different expectations of Generation Z, who are demonstrably looking to organisations to deliver social conscience and meaning. I’ve also talked about the way in which following the last crash, regulators were scathing about the way in which financial institutions put profits before customer outcomes. And in our book ‘Building a Culture of Innovation’ [7] we emphasise the way in which innovation has to solve genuine problems and add real value to customers whilst driving growth for the creator.

Learn more about how we help global organisations transform in pursuit of innovation.

The first shoots of change…

Despite this, the majority of evidence points to organisations still operating under a profit first model. Now, however, we are seeing the first shoots of change. The Business Roundtable, one of America’s most powerful business groups, has issued a statement [8] acknowledging that the pursuit of shareholder interests is no longer the central purpose for corporate America. In its place comes the intention to invest in employees, to support communities and to deal ethically with suppliers.

That vision is going to require a substantial realignment of the strategy, leadership and culture of participating organisations. Going back to the Margo Downs’ interview, she believes that healthy cultures require vision, authenticity and consistency. She also talks about creating a cultural operating system which outlines key elements of the culture as well as sustaining and enhancing them through a continual feedback loop. In other words, creating and delivering a dynamic culture which underpins the vision and strategy.

All of this takes new leadership. More importantly, it requires the sort of dynamic leadership which encourages and enables the right mix of physical, organic, social, and cognitive processes in order to drive innovation-focussed outcomes. Interestingly, dynamic leaders need to display exactly the same characteristics as those of dynamic organisations. In other words:

When you put it like that it really doesn’t sound that difficult does it? After all, I’m not suggesting that the organisation pours money which it may not have into development or follows the universal IT solution of closing down and starting again. And I’m certainly not suggesting that people are micromanaged. As Margo Downs comments, when people are coached to conform, innovation dies. But what I am asking for is a leadership team that embraces dynamic change, that encourages collaboration, and that builds a cohesive organisation in which strategy, leadership and culture come together in order to deliver a common goal. As one of my keynote titles encapsulates, culture no longer eats strategy for breakfast. Strategy, leadership & culture need to eat breakfast together!

Most importantly, dynamic organisations don’t survive with leaders who profess one thing and do another. When I read that 86% of executives say they are willing to take up innovations suggested by employees, yet just 6% have done so [9] then I know there is a lot of unpicking to do before we can truly start to move forward.

In an ever-changing world, truly dynamic organisations don’t just do stuff and hope for outcomes. Rather they are a cohesive force working towards a clearly defined goal. Be honest, are you leading with vision and authenticity in order to deliver the sort of dynamic innovation that your people, your customers and others deserve? If not, what are you going to change in order to become the type of dynamic organisation capable of shaping the future? 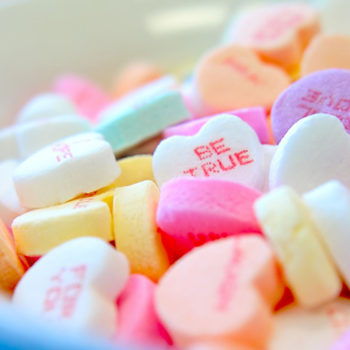 The Yin & Yang of Innovation Culture 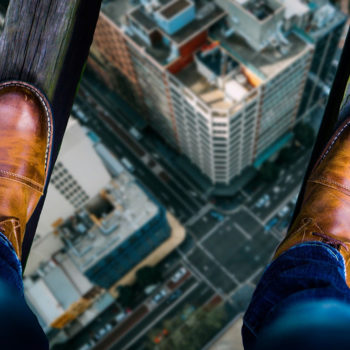