Although in principle everyone agrees that corporations need to get better at mimicking the venture capital world when it comes to taking investment decisions in ventures, in reality this is proving harder to apply.

One of the vehicles corporations created internally to be able to make better and faster decisions with respect to their innovation pipeline (and measure their innovation efforts) is the Venture Board. But there is a long way to go between establishing a Venture Board and have it work effectively. Below are 9 common pitfalls we have observed with companies complaining about their Venture Boards not yielding the expected results:

Sporadic meeting. In order to build momentum, and a common ethos behind innovation which will ultimately lead to an embedded culture of innovation Venture Board meetings need to happen regularly. If the meetings are to happen sporadically the wrong message is being sent out, ie innovation is important but not that important for us to make time on an ongoing basis. This behaviour will trickle down to the innovation teams which, not feeling a sense of urgency, will get entangled with low impact activities or the wrong activities for the maturity stage of their idea.

For companies which staff their innovation teams with part-time employees (which we rarely advise) sporadic Venture Board meetings are particularly detrimental as the people will get pulled closer and closer to core business activities until innovation becomes a distant memory. Furthermore, with Venture Board meetings taking place with constant cadence the pressure and anxiety – on the innovation teams – of being in front of the higher-ups of the company vanishes.

The frequency to which meeting should be held really depends on the circumstance of each company. These circumstances primarily include the market the company is in and the organizational structure of the company. In flat hierarchical companies active in a B2C we’ve seen 3-week intervals working the best. However highly B2B regulated industries where the time needed to run an experiment is longer, 3 weeks intervals will probably not be enough for the teams to present any progress.

Status meeting. Another big issue we’ve spotted with novice Venture Boards is that they tend to transform the Venture Board meeting into a status meeting. The difference between the two being that a Venture Board meeting is a place where the innovation teams come in and present their progress and how they are derisking the business model, while the status meetings are a bit more generic in nature. To mitigate this we always encourage venture boards to stick to predefined scripts gravitating around two questions: What have you learned? How did you learn that?If the first question is looking at the assumptions the team has tackled since the last meeting, the second question is looking to make sure the evidence can be trusted.

Ideation session. Much like the pitfall we talked about previously, there is a risk of Venture Board meeting to transform into an ideation session. And similar to the previous scenario when the session became a status meeting, the solution is to stick to a pre-defined and pre-communicated script focused on outcomes and impact.

Pitching contest. Many of the ways a Venture Board meeting can go astray are interlinked. The risk of the meeting becoming a pitching contest or a meeting looking more like a Demo Day from an accelerator program than a Venture Board meeting can be attributed to many factors. For example, if the meeting is taking place sporadically teams will fight for attention instead of presenting facts and outcomes. Not being strict on sticking to a predefined script might also make the session become a pitching contest.

To mitigate the risk of the meeting becoming a pitching contest, an ideation session or a status meeting we encourage the use of standardised templates. These templates can be either slide format or document format, as long as the purpose remains the one of focusing the conversation and building discipline. From experience, we have seen that using standardised templates helps by removing the possibility of the teams curbing the Venture Board’s opinion due to their PowerPoint and pitching skills alone. Standardised templates focus everyone in attendance on the facts and the evidence.

No decision being taken. Another pitfall we have seen with Venture Board meetings is that no decisions are being taken with respect to the ventures that just presented their progress. A decision can take one of three forms: stop (the venture should be stopped), persevere (the venture should continue gathering evidence for the critical success factors of the current phase of the product life cycle or progress to the next phase) or lastly pivot (meaning that in the face of evidence the venture should consider making some major changes to the business model which most likely imply moving back in the life cycle to start again gathering evidence)

The atmosphere in the Venture Board should be one of inclusiveness, trust and support. The meeting is not there to punish teams. These meetings need to happen regularly and should also serve the role of coaching meetings for everyone involved. The communication in the meeting should be both ways not just top-down from the members to the teams. The teams should never feel like they are punished because they are asked to present there. Teams need to feel a warm atmosphere where it’s safe to be honest about the things that have worked and the things that haven’t pinned out the way they thought they would. Good and constructive decisions can only be taken in an atmosphere of trust.

Changing the organisational climate for innovation to thrive 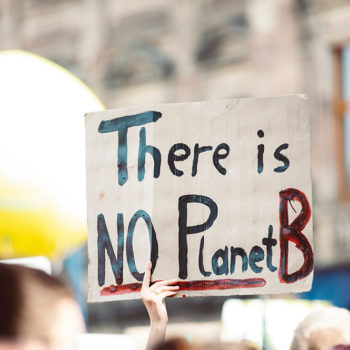 Creating an innovation strategy is a team effort! 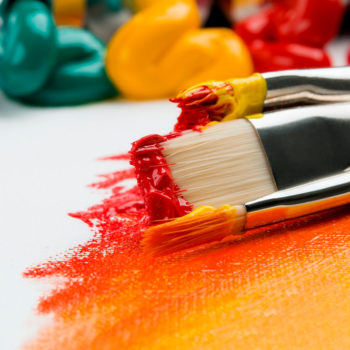