Fifty years ago today, on July 20th 1969 the first two humans, Neil Armstrong and Edward Eugene ‘Buzz’ Aldrin, landed on the Moon. All while the third member of the Apollo 11 mission, Michael Collins was orbiting the Moon in the command module. This huge achievement was made possible by a team of more than 400,000 men and women here on Earth.

The success of the program had a huge impact not only on our understanding of the universe and the world around us but also on our every day lives. Fifty years later, we take for granted the inventions pioneered by NASA during their bid to beat the USSR to the Moon – naming a few:

Also, in recent years the space program has influenced the corporate jargon, by the proliferation of the use of the term ‘moonshot’. A moonshot describes a risky, completely game changing business initiative, undertaken without regard to near-term success or profitability.

But in spite of the popularity of the term ‘moonshot’ we have to ask ourselves how many of the management lessons from the Apollo program have we actually internalized in our innovation management practice, today 50 years after the historic mission. How many of our companies today are set up for moonshots and how many use the term just as a theatrical stunt.

1) The first step a moonshot seeking company needs to take is to identify its strategic goals, objective and purpose. Only after these are clearly identified and communicated can the company hope to have a chance at a moonshot. For NASA and the Apollo program these were pretty much straightforward: get to the Moon before the Russians do.

However, in many of today’s corporations ambiguity in objectives and purpose is the default state. Having clarity around these ensures that no one is off doing their best at something that does not matter to the company.

Learn more about how we help global organisations transform in pursuit of innovation.

2) President Kennedy’s address to the joint session of the US Congress on May 25th 1961 is viewed as marking the start of the space race:

… I believe that this nation should commit itself to achieving the goal, before this decade is out, of landing a man on the moon and returning him safely to the Earth …
– John F. Kennedy

But his words could have very well been NASA’s innovation thesis.

Investing randomly in innovation make it hard to achieve a moonshot. This practice also makes it difficult for employees to come up with moonshot ideas. Hence, an innovation thesis is there to help the company take more deliberate investment decisions, both internally (own product development) and externally (investing in startups). The innovation thesis is there to ensure that the company takes 1,000 steps in one direction rather than one step in 1,000 directions.

3. The Apollo program took place during the hight of the Cold War when the Soviet – American nuclear standoff culminated with the Cuban Missile Crisis, making nuclear war a real possibility.

The space race, on both sides of the iron curtain, was a great sandbox to try out new technologies with potential military applications. Both sides entreated the space race to test new and more powerful rocket engines able of delivering nuclear payloads around the globe. Although we can’t tell for sure if this was the primary goal of the moonshot, the connection with arms race can’t be overlooked.

Today, for companies aiming at a moonshot, alining the moonshot’s goals with the core business’ goals will have an impact on both the commitment and the support for the initiative from the other, ‘less cooler’, business units.

4. One of the biggest misconceptions that the users of the moonshot buzzword have is that moonshots are not developed iteratively. When mentioning moonshots in a corporate setup some instantly associate the concept with a faith-based way of working. A way of working where you lock your self in, buckle down and relentlessly works in stealth mode until the grand vision is complete.

Nothing further from the truth. The actual moonshot, Apollo 11, was the result of 6 previous manned-iterations in the Apollo program and countless unmanned ones. Moreover, these missions were based on the lesson learned during the earlier Mercury and Gemini programs.

As Apollo 11 was the culmination of all the validated learnings from the previous Apollo missions, companies need to use iterative product development processes if the hope to succeed with their own moonshots.

5. Aside from being an amazing feet of engineering the Apollo program was an amazing feat of resource allocation. NASA’s moonshot program was one of the most expansive government initiatives in the US history. At its peak, some 34,000 NASA employees and 375,000 outside contractors were enlisted in the program. Budget estimates vary, but in 2008, the Congressional Research Service put Apollo’s inflation-adjusted costs at $98 billion—several times more expensive than the Manhattan Project and the equivalent of almost $500 for every man, woman and child living in the United States in 1969.

For a corporate moonshot to have any chance of success mastering resource allocation is a must. A company can’t hope to land a moonshot if it’s only stuffing the project with a small group of part timers and it’s constantly diverging resources to core initiatives.

Looking at these lessons from the Apollo program we can only conclude that a moonshot is an ambitions endeavour with a precise goal, aligned with the other (core) corporate initiatives, supported by the entire company, developed iteratively and adequately resourced.

Therefore, on the 50th anniversary of the Moon landing, we should go beyond using the buzzword and enjoying the tangible outcomes in both products and knowledge of the program. We need to start internalizing the management lessons if we hope that our companies can perform true moonshots. 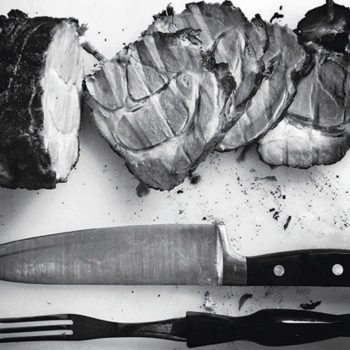 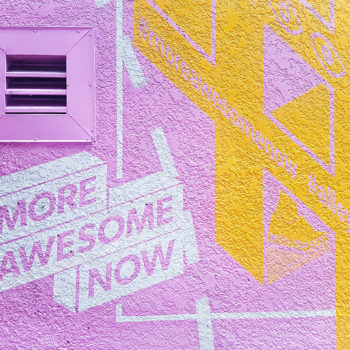