Today all industries go through changes, making an understanding of the factors that influence purchase decisions highly important. With every firm attempting to gain a desired share of the market by providing the highest quality products that are readily available at a reasonable price – the competition is fierce.

However, in an abundant world where consumers perceive little difference between competing products or brands based on the factors listed above, new purchasing criteria come to the forefront. Corporate ethical behaviour might be one of the factors that can be used to differentiate offerings on the basis of the ethicality of their firm’s actions, aside from the differentiation based on features, price or brand. Research done as early as 2002 proved that the ethical conduct of a company influences the purchasing decision process of clients.

However, ethical business conduct should not be used in a ‘green washing’ manner as this will be a short-lived strategy.

For the most part businesses want to do ‘the right thing’ rather than just increasing ROI at the cost of labour abuses, boardroom corruption and a polluted planet. But that’s not to say that people don’t often look the other way when they know something isn’t quite right – as the VW’s emission cheating and Tesco’s financial creativity episodes attest.

A Chartered Institute of Internal Auditors (IIA) research found that, in the UK, while 94 of the FTSE 100 companies mentioned ethics in their annual reports, only a meager 23 had some way of measuring whether they were behaving ethically. And none disclosed a target for ethical performance or the criteria for their self-assessment.

There are over 250 global and local ethical indices schemes, with FTSE4Good and the Dow Jones Sustainability Index (DJSI) two of the most well known ethical investment indices for UK companies. They provide an index for investors as to what can be considered an “ethical investment”. Compilers of ethical indices do not comment as to why some companies are included and others are not, and this often leads to criticism. DJSI for example, has generated some controversy with the decision of adding Bank of America on its list of ethical companies. Non-governmental organisations including Greenpeace and the Rainforest Alliance complained about this addition as the bank has ongoing financial support of the coal industry.

Another shortcoming of the indices is their inability to be reliably used as proxies for future sustainability performance. In 2010, BP was included in both the DJSI and the FTSE4Good indices. However, they were promptly ejected from both in the wake of the Gulf of Mexico oil spill. Although the stated internet of these indices is to help organizations track their corporate responsibility progress over time, the questions posed can change annually, making year on year comparisons challenging.

All industries have to ensure a product is safe before releasing it for public consumption but some are subject to more stringent regulation than others. Pharma is one example of this with extensive clinical trials undertaken before release. These are vital to ensure that side effects are identified (which populations are affected, under which circumstances) before release. Other industries such as car or white goods manufacturing not only have initial safety tests to pass they also have to undertake product recalls if a product is subsequently deemed to be unsafe.

Then there are sectors such as software or media which may have to satisfy regulations such as GDPR or advertising standards. Nevertheless, a  lot of media and technology that has been designed to date hasn’t been designed with the intentionality of increasing the quality of engagement between people or groups – it just tends to be neutral. Twitter for example, when it was created had the idea of giving everyone the option to speak their mind – what can go wrong with that?!? However today the platform also serves a place for hate speech, trolling, bullying, manipulation etc. Was this what the founders wanted? Most likely not.

If we don’t think about the second or third order of facts when designing a product, we get unintended behavior or consequences as a result of misuse. Therefore safety doesn’t necessarily equal an ethical product. But we can learn from industries where safety takes a central role and adapt what works to developing ethical propositions.

Allegations may start against individual products but they can go on to impact brand perception. That is why ethics indicators need to be primarily implemented at product team level. Here are some indicators that can be used to measure how unethical a particular product is:

Make no mistake, the ethics indicators mentioned above are all reactive – lagging indicators. By the time that a complaint arises something has already gone wrong. And in a social media world the potential for repetitional harm is significant. Add this to the consequent cost of rectification and remediation and it is easy to see why a reliance on lagging indicators gives false security.

Learn more about how we help senior teams embed innovation capability through the alignment of strategy, leadership & culture.

Developing a culture of ethical behaviour is therefore the only viable proactive solution. When your people engage with ethical ideals, when every step of the process is carried out with an ethical outcome in mind then the requirement to rely only on lagging indicators diminishes. More importantly, not only does the company and its products become more ethical, the chance of those products being deployed in an ethical way also diminishes as safeguards are proactively designed and built-in. Therefore looking at leading indicators for building an ethical culture and trying to influence the activities behind them makes more sense in the long run. Here are some indicators that can be used:

Currently there is no externality when it comes to ethics – someone else will bear the cost of a product that’s unethical or can be used in an unethical manner. The company might go back and fix it, like so many have done so far but this usually occurs after public attention is drawn to the situation.

This then is the biggest ask of policy makers and business leaders today – creating proactive frameworks and embedding ethics in everything we do. If we only maximize on ROI but unintentionally disabilize institutions or layers of our society was it worth the financial gain?

That is the mark of a truly ethical organisation; looking beyond the product and its profitability to the way in which it may impact society. Take AirBnB for example. In essence a simple idea which enabled the growth of cost-effective tourism whilst providing individuals with a supplementary income from welcoming visitors to their property. So on the face of it a win-win. However, as a consequence of its popularity in some areas property prices and rents rocketed and tourist attractions became overcrowded. Now we are not saying that AirBnB is an unethical product but it is an example of unintended consequence and the importance of taking a holistic view of product development.

The risk of optimizing only for efficiency is that it makes us as a society very vulnerable. If something gets away from us, the problem moves very quickly through our systems which by now will have no defences. However, steps are being taken in the right direction. In early 2020 at the annual World Economic Forum in Davos Switzerland, business leaders and political leaders signed the 2020 Davos Manifesto. This paves the way for more ethical business by defining the purpose of a company as: “The purpose of a company is to engage all its stakeholders in shared and sustained value creation. In creating such value, a company serves not only its shareholders, but all its stakeholders – employees, customers, suppliers, local communities and society at large. The best way to understand and harmonize the divergent interests of all stakeholders is through a shared commitment to policies and decisions that strengthen the long-term prosperity of a company.”

‘In the world of efficiency, cheap and free we have unfortunately made our society vulnerable’ said Margarita Quihuis Co-Director at Standford’s Peace Innovation Lab in a podcast interview for Singularity University Nordics. In the same interview, she later added: “We need to start building the world we want to live in. We need to look at what we are building and moving towards and ask ourselves if that’s the world we want us and our children to live in before making those investment decisions.

Joining the transformation and innovation dots 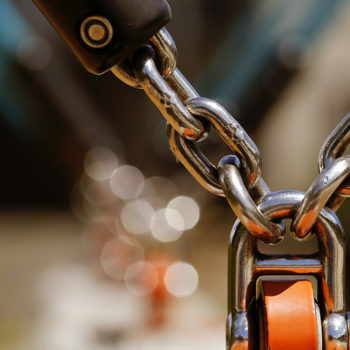 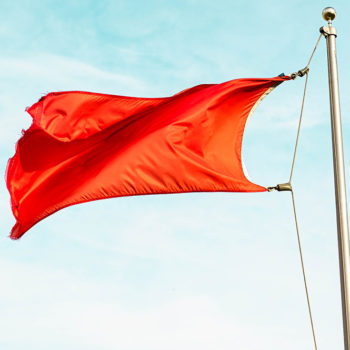